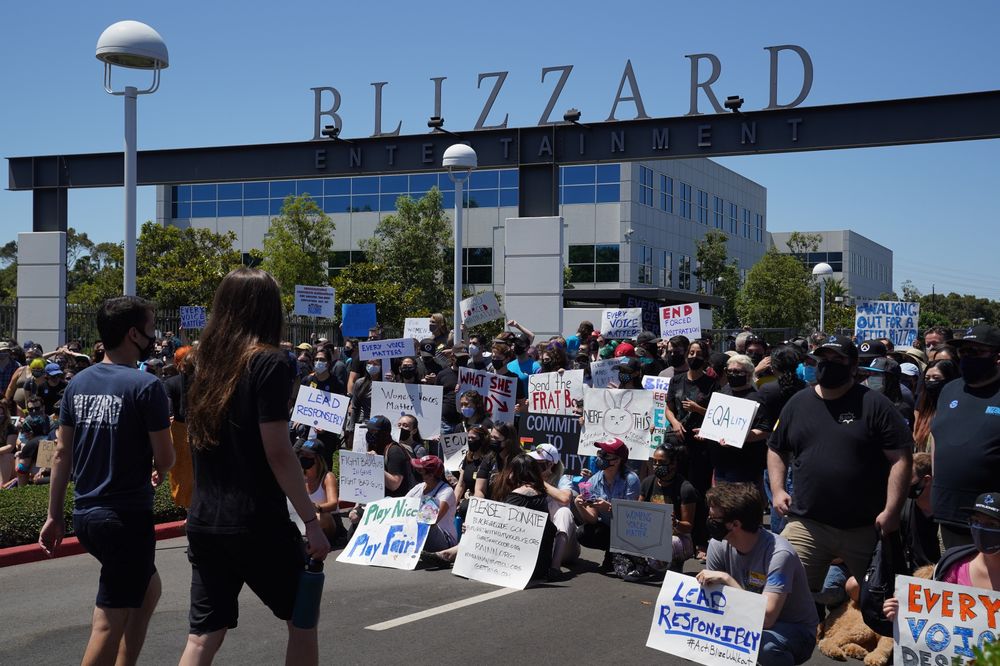 California’s Department of Fair Employment & Housing has widened its anti-discrimination lawsuit against Activision Blizzard and claims the publisher has been shredding vital documents relevant to the ongoing investigation.

A recent report from Kotaku described the department as offering poorly paid, highly insecure positions, with a culture of hostility towards LGBTQ+ testers. The DFEH’s rewording of “employees” to “workers” now hopes to take these contractors’ experiences into account.

“As a contract employee, I feel there’s a lot of pressure to excel, impress, and move through the ranks as fast as you can before your contract ends and you’re forced to go 3 months without income or find another job,” Axios reports one worker saying. “I take pride in what I do, but it feels like it’s never enough.”

Activision’s contentious hiring of union-busting third-party law firm WilmerHale “directly interferes” with its own investigation, it says. By going to WilmerHale, Activision appears to be claiming that all work related to the investigation is privileged and can’t be shared with DFEH.

The suit also claims that Activision HR shredded documents related to “investigations and complaints”, against its legal obligation to retain them during the investigation. The relevant parts of the updated lawsuit were shared by Axios reporters Stephen Totilo and Megan Farokhmanesh, the former also noting that the DFEH “fixed their misspelling of Bill Cosby’s name”.

“DFEH is also informed and aware that documents and records have not been maintained as required by law or by the DFEH’s Document Retention Notice,” the complaint reads, “including but not limited to documents related to investigations and complaints were shredded by human resource personnel and emails are deleted thirty days after an employees separation.”

Speculation and answer from Activision Blizzard

Blizzard employee Jessica Gonzalez suspects that the costs of fines associated with destroying these documents may have been an easier blow for Blizzard to take than any penalties drawn from their existence in helping the lawsuit go through.

In an email to Kotaku, Activision denied the shredding allegations and issued a statement outlining steps it had taken to improve company culture—including the ousting of high-level executives like Blizzard president J. Allen Brack. The full statement reads:

“Throughout our engagement with the DFEH, we have complied with every proper request in support of its review even as we had been implementing reforms to ensure our workplaces are welcoming and safe for every employee. Those changes continue today, and include:

“We strive to be a company that recognizes and celebrates the diverse talents and perspectives that lead to the creation of great, globally appealing entertainment. We have provided the DFEH with clear evidence that we do not have gender pay or promotion disparities. Our senior leadership is increasingly diverse, with a growing number of women in key leadership roles across the company.

“We share DFEH’s goal of a safe, inclusive workplace that rewards employees equitably and is committed to setting an example that others can follow.”

Beyond Activision Blizzard, California’s DFEH has also probed into League of Legends creator Riot Games, accusing the studio of dragging its heels over sexual harassment allegations dating back to 2019. Riot denied the allegations, telling us that it “will never retaliate against anyone for talking to any government agency”.