What is Trojan Kryptik and what does it do 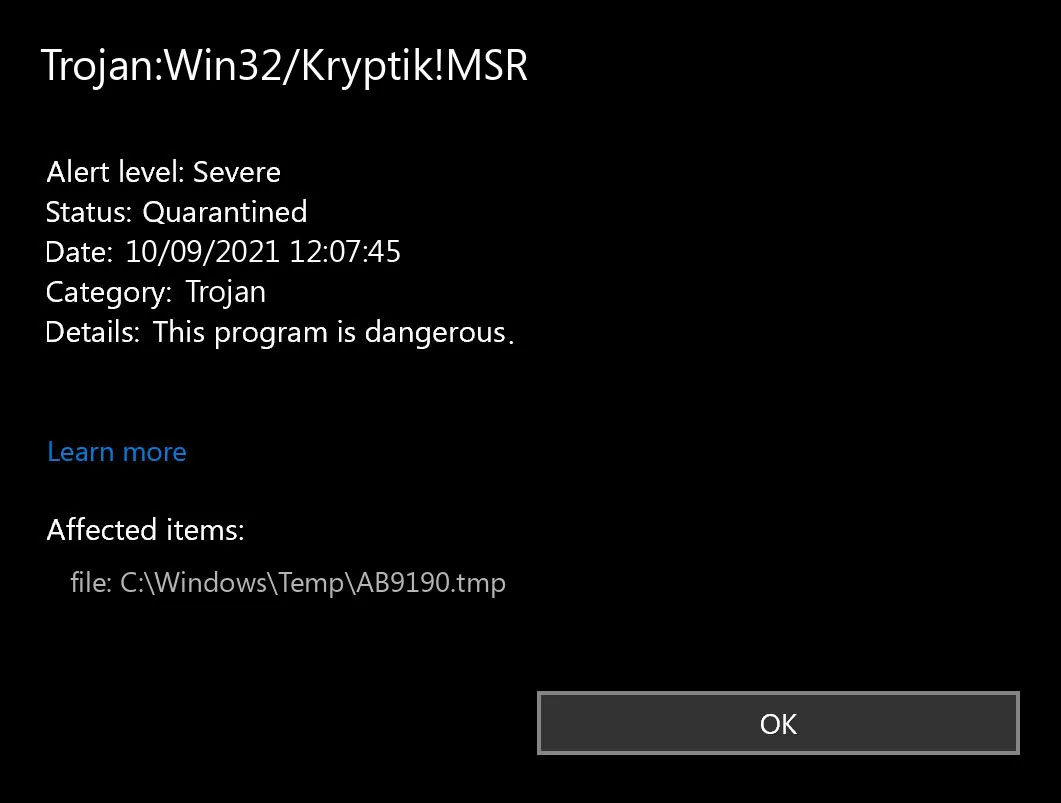